It’s interesting to think of how the men’s group that I got involved with in Devon first started.

It was actually the women in the community where I lived at that time that brought in the idea.  From their interest in sharing a women’s circle, and conversations about women’s work we men started to investigate what equivalent activities would be available for us.

What was initially quite out of most men’s comfort zone grew over the period of 14 months into a beautiful, committed brotherhood of men.  We met every 2nd week around a fire … to share, be witness and support for each other, and explore together what it means to be a man in these times.

The reason it was uncomfortable in the beginning was that most of us were not used to being that vulnerable, open and intentionally challenged by each other.  The way most men in these times, certainly in the context I grew up in, engage with each other is in the pub or other environments that are full of distractions, public, and giving an excuse to shy away from a deeper level of engagement and “seeing” of each other.

Something that also normally doesn´t happen in the pub but which formed an important aspect of our men´s group was the meeting of generations, men of different age and backgrounds. All too often the only generational meeting for men happens between fathers and sons which, as beautiful as this can be, also often holds an emotional tension that makes it harder to be completely open and vulnerable.

I found it highly rewarding to listen to and be heard by other men of a different age or upbringing as it brings not only new perspectives, trust and guidance but also creates a feeling of being grounded and helps to understand and relate to men who are at a different part of their life´s path.

Highlights and the back story 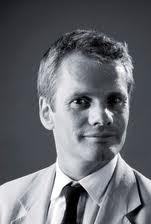 It was actually four months before the launch of my book that The Times decided they wanted to run a major feature on it, and asked if they could send a reporter along to a workshop.  This  can be a risky move, but I said yes, provided that their reporter was a man over 50 and that he participated.

The Times agreed, and on June 18, Andrew Billen came along to a Men Beyond 50 open evening in London.  This was nervy for me, especially as the other men attending didn’t know there would be a reporter, let alone a photographer…We started with a very honest conversation about how to handle confidentiality, and with Andrew making clear his commitment to participate.  I was impressed and touched that within a few minutes of all this, it felt just like a regular men’s group.  Men were opening their hearts about relationships, work, ageing fathers – the classic shipwrecks and upsides of midlife men.

Andrew Billen had never been in any kind of men’s group before, and began the evening in a spirit of polite but definite scepticism.  As the evening went on, I could see that he was touched by how this process was helping people, and I was touched  by his own honesty in participating.  I could also see that he was very bright, and could be challenging, so I approached my interview with him a few days later quite nervously.

The page and a half feature which appeared in The Times 2 on September 17 is accurate and positive, about my book and Men Beyond 50 groups.  Some of the personal confessions which Andrew extracted from me are daunting in cold print, but I had decided to be brutally honest.  Men distrust anyone who put themselves on a pedestal or pontificates, and being really honest about your own mistakes makes clear you’re not doing that.  Here are some excerpts from the review:

Out of the Woods is a tremendous practical resource, with advice on everything from unemployment to self-employment, from your parents’ death to your own.  It is also a book to set whole streets of alarm bells ringing.  Its central metaphor is a shipwreck, Heeks’s own having been the breakdown of his marriage just before he was 50.  He counsels us to salvage from ours opportunity.

“A lot of men, Heeks said, “do not have intimacy skills”.  This evening, however, had “felt like a deep sharing”.  After two hours’ sharing, he summed up our plight.  Ten million British men are over 50, 42 per cent of all male adults.  They face depression, isolation and a heightened suicide rate.  Yet in the media, and society, they are invisible.

A week later we meet for a pub lunch.  He is apprehensive about what I thought about the session, but I was impressed.  What struck me was the loneliness in the room.  “It is poignant”, he agrees.  “Some of the men there would make good partners.”  While others, I say, seemed just unhappy by temperament.

So is he now the finished product, ready for his seventies and death?  The short answer, he admits, is “no”.  He is almost 65 and does not like what he sees happening to friends the other side of 70.  “I am hitting my own fears about ageing.  I notice my own hair is getting quite a lot more grey and I am quite upset about that.”  Shouldn’t he be beyond all this? “I should.  But I am being quite honest and answering the question.”

“I am a lot happier on average than, say, I was in my forties and probably even my fifties.  I am happy, but I still have bits that are troubling me.  The key message in my book and in other books I value is that being happy in old age doesn’t just happen randomly.  Like reinventing relationships and sex, life after 50 really is different.  You have to do things differently.”

And while I won’t be joining the MB50 network yet, I take what Alan says seriously enough for Out of the Woods to earn a place on my shelves.  I like to hope it will save me a fortune on women and motor insurance.