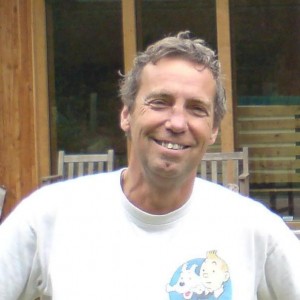 Alan is a successful writer, workshop leader and social entrepreneur with a passion for sustainability and resilience in the full sense: human, social, environmental and economic. He has three published books, and a fourth on the way.

Alan’s second and third books explore aspects of creative ageing. These are Out Of The Woods: A guide to life for men beyond 50, and Not Fade Away: staying happy when you’re over 64!, which is written for men and women. Alan comments: ”The process of maturing, through midlife and beyond, can be both exciting and painful, often at the same time. My own journey through these years has been intense, but positive, and I have learnt a lot from the workshops I have led on this theme.

Personal development has been an important part of Alan’s life and work for over 25  years. Findhorn, the spiritual community in Scotland, has been a major inspiration. Alan has led many workshop and retreat groups, including exploring life’s resilience through nature, men’s groups, vision quests, many of them at Hazel Hill Wood, and also retreats in the  Tunisian Sahara.

Since 2011, Alan’s work has focussed increasingly on resilience and responses to climate change. He has developed the unique Natural Happiness Model using ecosystems and organic cultivation as models for human resilience and is involved with several pilot projects on community and individual resilience: see Seeding Our Future.

Alan has had a deep interest in men’s development for over twenty years, sparked by attending groups with leading American teachers, such as Robert Bly and Michael Meade. In 1992 he co-founded a men’s group in Winchester which met for 23 years. He has also co-led many men’s weekends, and all this inspired his second book, published in 2013:  Out of the Woods: a guide to life for men beyond 50.

Alan has created and managed three land-based centres, each demonstrating a different form of sustainable development. In 1990, he started Magdalen Farm: an education charity which has created a 130-acre organic farm in Dorset, running programmes for school groups and adults on sustainable living. He is founder and trustee of Hazel Hill Trust, the charity which now runs  Hazel Hill Wood, a 70-acre conservation woodland education centre near Salisbury. In 2004, Alan co-founded the  Threshold Centre  in North Dorset, an eco-community where he lived for 5 years, which teaches the main aspects of sustainable living, focussed on co-housing: self-contained dwellings plus shared facilities so households can pool resources and support each other.

In early adulthood Alan had a successful 20-year career in mainstream business management, starting in marketing with Procter and Gamble. In 1985 he co-founded Caradon plc, a major building materials group which grew to become a FTSE 100 company within 10 years: In 1990, Alan gave back the Company Jaguar and started a second career in the sustainability and social enterprise sectors.

Alan was born in 1948, married in 1971, divorced in 1998, re-married in 2012.   He has two daughters in their forties. He lives in Bridport, West Dorset, with his wife Linda, a complementary therapist and healer. He has two first class degrees, an MA in English Literature from Oxford University, and an MBA from Harvard Business School.