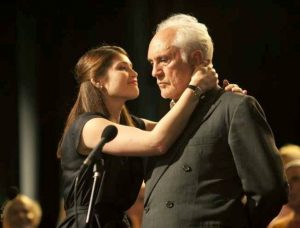 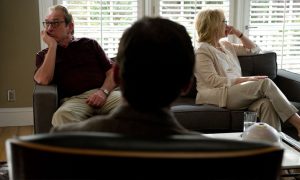 One of the interesting things about this film, like Best Exotic Marigold Hotel, is that its main target audience is clearly the over fifties.  We have arrived as a market segment!  The gist of the story is that a couple married for thirty-one years go for an expensive, intensive week of sessions with a couples therapist in Hope Springs.

Early scenes paint a poignantly convincing portrait of a couple who share a house, but not much else.  They have been in separate bedrooms for years.  Arnold (played by Tommy Lee Jones with echoes of Jack Nicholson) is in a boring job, and spends his evenings watching golf programmes on TV until he falls asleep.  This picture of a man who has retreated behind his defences, into his routines, because he thinks it hurts less that way, is sadly true of many men I’ve seen in mid-life.

His wife, Kay, is brilliantly played by Meryl Streep: we can see traces of the younger, beautiful Meryl we remember, but Kay is overweight, lonely, with her self-confidence erased by years of her husband’s indifference.  At one point she says, “I’d feel less lonely if I was actually living on my own.”

If this all sounds a bit serious, it’s worth pointing out that the film has a lot of funny moments: for example, when the couple nervously approach the double bed in their motel, and try to share it, or when they try to play out a sex fantasy in the local cinema.

As the film goes on, we see how the love has slowly dried up, how both partners have been reluctant to meet each other’s sexual needs, and how they have lacked the skills and courage to talk about the problems.  At times I felt the characters and the therapies could have been more subtle.  You might conclude from this film that couples therapy is expensive and gimmicky, because it doesn’t work well here.

The real turning point is when Arnold realises that unless he changes, the marriage may well be finished.  And once both parties really want to change, it seems that trying a little tenderness does the trick.  My view is that for many couples, the defences, the habits, the mutual disappointment, are so deep that some external help is needed.  This might mean couples therapy, or relationship workshops, or maybe just buying a copy of my book when it is published next year!

One of the most difficult issues in a long-term couple, which this film does highlight, is how difficult it can be to find your partner attractive, and keep the sexual chemistry going, as you both get older.  Overcoming this issue is not as simple as choosing a new attitude, but there are some good methods which really can help. 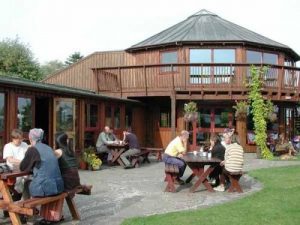 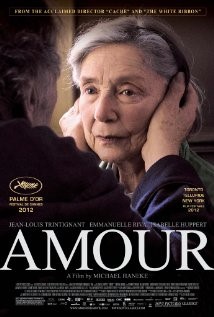 A picture of joy and pain: in equal measure?

Stunning is a word much over-used, especially by estate agents, but stunned is the best way to sum up my feelings at the end of this film.  I have never seen a whole audience leave a cinema in such deep silence.

The gist of the plot is easily described: George and Anne are a cultured French couple in their eighties, living happily in their Paris apartment.  Anne has a minor stroke, and then a major one: George devotes himself to caring for her.

Before you stop reading this for fear of depressing yourself, it’s important to say that there’s a lot of sweetness in this film.  As Anne loses her mobility and her faculties, we really see the love between the couple deepen, and George keeps finding her where she can be met: singing a children’s song together, or a touch of the hands.

However, it’s not an easy film to watch.  We see how George’s own life evaporates, as all his attention goes on Anne.  We see how demanding, and how lonely, this care can be, and how such situations can be divisive within families.

Probably it’s also hard because we start imagining ourselves as the carer or the cared-for.  And it may remind us of our own parents or others we know: for me it stirred memories of my father’s last years and his series of strokes. 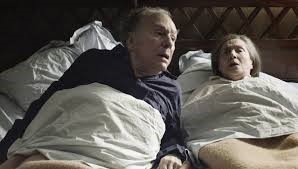 This film should help you value every moment of your life while you still have mobility and full faculties; George is in some ways an inspiring role model of how to sustain the love as your partner declines, but in other ways a warning to beware of the isolation this can lead to.

Insights from a zugteilung in Hanover

The special overnight trains which in English we hopefully call sleepers, are in Germany sensibly called Nachtzug, night trains.  No false expectations there.  In fact, I’ve used the Nachtzug many times, and they’re very comfortable.

However, my recent German holiday involved getting onto the night train in Hamburg at 00:31, and off in Cologne at 06:14.  Exotically, this Nachtzug was from Copenhagen to Switzerland, with special coaches for Prague and for Amsterdam via Cologne.  German is a wonderfully literal language, so I didn’t need my dictionary to figure out that Zugteilung meant train-part-ing.  In Hanover, night trains from Copenhagen, Berlin and elsewhere would be split up, shunted about, and rejoined.

The reality of this was that around 2am, when I’d at last got soundly asleep, my coach was repeatedly and vigorously bounced, as if the German engine drivers were playing ping-pong.  It’s thanks to this awakening experience that I can offer you this new model of relationships.  Gehen wir los… 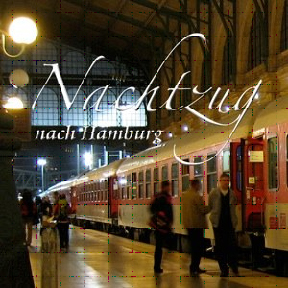 Your relationship is ready to depart…

Imagine that a relationship is like the connection between railway carriages.  Your relationship may run smoothly along the tracks, round the bends, through the tunnels, for a good while.  But there come times when you have to uncouple, and this can be bumpy.

There’s also the question of destinations.  You may hope that your relationship is headed in a certain direction, just as I had bought a Nachtzug ticket for Cologne, but once embarked, other factors are at work…The driver and signalmen can take you to Hanover, or wherever, and bump you around as they choose.  Depending upon your chosen weltanschaung (outlook on the world), their role could be compared to Fate, guardian angels, or the working-out of your own complex subconscious.

However, if you and your adjacent carriage need to go in different directions, the Zugteilung is inevitable: but you may end up coupled to a new coach from an interesting origin.  Who knows what plans the Fat Controller of relationships may have for you?  At least you now have a fine German word for the process. 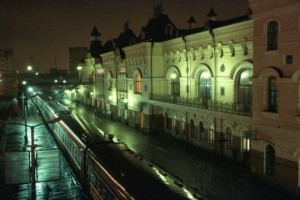