American dreams in the mists of time

Our hero is Amory Blaine: handsome yet uncertain, desperate to explore life to the full. His life blossoms at Princeton: he loves the beauty of the place, the camaraderie, the magic of staying out all night, singing with “dreaming towers.” But the book plunges on beyond the dream. 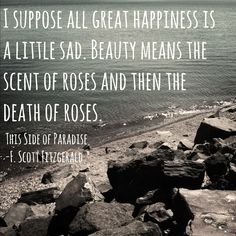 The real richness and poignancy of this book is in the unravelling. Amory flunks exams, fails in love, and all his personal dreams turn to mist. Alongside this, we see the magic of Princeton evaporate into snobbery, cliques, and then the crunching impact of America joining the First World War.

This book is a valuable guide to the story of the American Dream: the intense magnetism of riches with style, and its repeated puncturing. The book leads us to the 1920’s, when the young generation had “grown up to find all Gods dead, all wars fought, all faiths in man shaken,” and the general response was to fight even harder for money and success.

If we relate this to American politics, the big support for both extremes, Trump and Sanders, shows us that most American’s feel bitterly excluded from the money and success that they’re still programmed to yearn for. 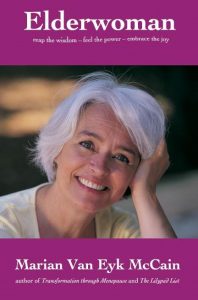 Recently I’ve been reading The Granta Book of the African Short Story.  When I travel, I like to read something connected with my destination, so this book went with me on a recent trip to Kenya to see the work of Farm Africa: a UK Charity who enable peasant farms in East Africa to adapt to climate change and other challenges.

Frankly, many of the short stories in the Granta collection are pretty depressing.  A lot are about Africans living abroad, unhappy at the many problems of their original home and their new one.  Two stories actually set in Kenya are equally sad: one about child prostitution in Kivera, the biggest slum in Nairobi, the other about tourists, guides, and all the pretence that can happen between them.

It’s good to know about the problems, and there are plenty of them.  But this book helped me to look hard at the reality I saw around me: not only in Nairobi, but also three days of travelling deep into rural parts of western Kenya.  What I saw is a society which is basically working, in many ways, for millions of people.

There are many things which could be better, in Kenya, as across Africa.  But in the West, we don’t hear enough about what’s already good: all the people who are basically happy, fed, housed, and at peace.

Nor do we hear enough about the extensive development support which the UK, European Union, US and others provide in Kenya and elsewhere.  Increasingly, this support is geared to helping the local economy work better, not to the relief aid that many in the west still think is happening.

Farm Africa were pioneers in this new approach, which is why I have been one of their donors since 2005.

Kenya has under-used fertile land, and low farm productivity, so there’s huge scope to improve the incomes of subsistence farmers, and help Kenya to feed itself.  The Farm Africa projects I saw are clearly achieving this, and it would be great if they can be expanded to a larger scale.

So if you want to get a flavour for Africa, you may want to read the Granta collection, but do balance it with a trip around the Farm Africa website.