As we look forward to our upcoming Creative Maturity event: Inner Peace in a Changing World, I was thinking about a similar one, Exploring Elderhood, Ineke and I led a week in 2013, which proved to be a powerful experience for all of us on the group, and for others in the Findhorn community.  I wanted to share some of this experience with you. 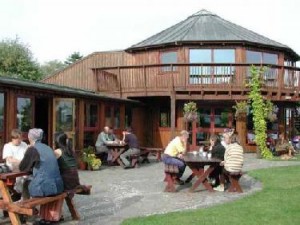 One of the most powerful experiences of the week was when our group joined the weekly Elders Meditation in the main Sanctuary.  There was such power and character in the silent presence of nearly thirty elders, with a combined age around 2000 years.  For me it highlighted a sense that the beauty of elderhood is about the emergence of full, authentic, eccentric  individuality, and its miraculous interweaving with others.

My own interest in elderhood began a few years ago when I turned 60, and has grown since 2011, when I co-founded the Men Beyond 50 Network and started writing a book for men of this ager, No Shed Required, to be published in September 2013.The inspiration for the workshop came when I was visiting Findhorn in March 2012.  I felt impressed by what this community is already doing to support its elders, and had the vision of briefing a group to learn from this.

The breadth and wisdom in the inputs our group received has left me very touched, and I wanted to express my thanks via this piece in Rainbow Bridge.  I can’t list all those who engaged with us, but especially want to thank Cornelia, Fay, Judith and Marilyn of the Community Care Circle who spent several hours in dialogue with us about their work.

Our group spent time not only learning how elders are already supported and recognised at Findhorn, but also exploring how this could be built on.  This is especially important as the number and  support needs of elders at Findhorn are likely to grow considerably in the next few years.

I am hopeful that our group has both raised awareness of the good work already been done, and has been a catalyst to initiate research on the services and facilities needed in future involving some of the participants in our group, such as Marcus Lindner and David Mead.  I am continuing to support this at a distance and by occasional visits.

The biggest surprise of my work on elderhood has been how most people are in denial about ageing.  I’ve even found a few of these at Findhorn!  One of the best ways to bring people out of denial is to show them positive role models, and I believe this could be one of the new missions for Findhorn in the next 50 years.

There’s plenty of evidence that elders who are active and valued in their community have better health and wellbeing.  It would also be great if the loving and personal quality of care already provided on a small scale via the Community Care Circle could be expanded, and made available more widely across Moray.  It’s an exciting possibility to explore.

Inner Peace in a Changing World

How the great spiritual teachers can help us in these turbulent times, led by Alan Heeks and Cordelia Prescott

Saturday 22-Sunday 23 February at The Abbey, Sutton Courtenay near Oxford

Discover how the wisdom of Jesus, Buddha, Muhammad and others can guide you to a happier present and resilient future, amid the uncertainties we live in. Explore timeless insights on finding your own clear centre, acting from your passion, and aligning with humanity’s purpose as stewards of the Earth.

This is a unique chance to experience and embody this wisdom, through methods used when it was first given: such as walking meditation, sound mantras and chants in the original language, and body prayer and movement, along with current approaches like Deep Ecology. The teachings of Neil Douglas-Klotz are a key source, including his powerful re-translations and original practices from the Christian, Islamic and Jewish traditions. This weekend is intended for people on any spiritual path, or none: you are free to try these teachings, and use them or not as you wish.