Align your own creative power within the divine

The essence of creation spirituality is this idea: that the creation of our world was not a one-off event billions of years ago: it is a process continuing in every moment, and each of us can contribute.  As Neil Douglas-Klotz puts it: our job description as humans is to figure out the unique role we can play in creation, here and now, and fulfil it.

Implicit in this approach is the belief in a benign divinity (which could be called Sacred Unity, God, Allah, or many other names), who initiated the process of creation, who is still present in it, and who we can connect with to guide our own creative power.

The term creation spirituality originates with an American teacher, Matthew Fox, in the 1960s: he uses the term to differentiate from redemption theology, which believes in original sin and sees this world as a vale of suffering which we have to escape from. The key ideas in creation spirituality can be found in Christian mystics and others from centuries ago.  Here are some examples:

“I have often said that God is creating the entire universe in this present now.” (Meister Eckhart).

“The Word is living, being, spirit, all verdant greening, all creativity.  This Word manifests itself in every creature.” (Hildegard of Bingen).

“I was a hidden treasure and wanted to be known.  Hence, I created the world so I would be known.” (Islamic Hadith).

“Stop acting so small.  You are the universe in ecstatic motion.”  (Rumi).

Another teacher I admire whose work relates to creation spirituality is Thomas Berry.  In books like The Dream of the Earth he evokes Mother Earth as a wise, creative power, an expression of the divine, and highlights how our human dreams, myths and visions can help to recover a fruitful relationship with her. See more in my blog. 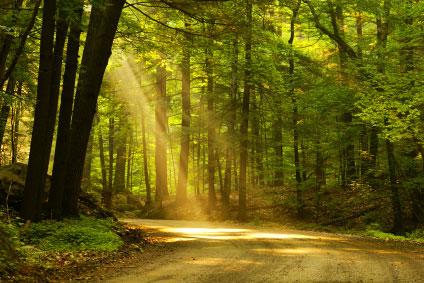 As you can see, an intrinsic part of this approach is seeing all of Nature as an ongoing process of divine creation, and humankind as part of Nature.  Fully experiencing the creative power, beauty and abundance of Nature is a great way to unlock these qualities in yourself.

Two key Sufi beliefs are seeing divinity in all life, and regarding Nature as a mirror and teacher.  Sufi poets like Rumi, Hafiz and Shabistari offer wonderful doorways into creation spirituality.  So do wazifas, which are Arabic sound mantras.  The Sufi Book of Life by Neil Douglas-Klotz is a good way to explore and use them: several embody aspects of creativity.  You could also dive into the poems and songs of Christian mystics like Hildegard of Bingen.

If you want to explore creation spirituality further, my advice is to find ways to experience it, for example through song, poetry, devotional movement.  I have led various groups doing this, some